The Secrets of ‘Story’ by Writing Coach Margaret South

Prev
0
One Twi-Mom’s Tribute to the ‘Twilight’ Saga
18 November 2012
Next
1
The Colorful World of YA Author Valerie Wicks
17 January 2013
December 5, 2012 by icreateatl in Writing Conferences 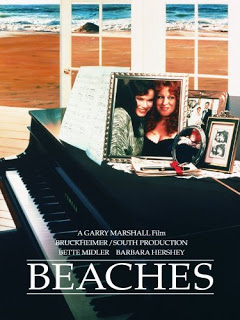 Twenty-four years ago this month, actresses Bette Midler and Barbara Hershey starred in “Beaches.” Based on a novel by Iris Rainer Dart, “Beaches” traces the 30-year friendship between a free-spirited, struggling Bronx singer and a privileged San Franciscan who later becomes a human rights attorney.
During this fall’s Crossroads Writers Conference, I had the honor to hear a screenwriting talk by Margaret South, one of the producers of “Beaches.” (South founded All Girl Productions with Midler and Bonnie Bruckheimer and also collaborated with Midler on the film, “For the Boys.”)
“My involvement in screenplay writing comes from a passion for working with writers. I like helping writers tell their stories,” says South, noting that her upbringing in Catholic school helped make her an excellent reader and writer – skills that she was able to translate into a successful career in Hollywood at a time when there were ample opportunities for women.
Now, a writing coach and entrepreneur focused on helping writers understand the secrets of Story, South also has shared her talents with the next generation through her Kids Talk Story program. The program, which provides free curriculum to creative writing K-12 teachers and parents nationwide, began in 2007 to enable students to discover and write their own stories.
According to South, one of the scariest aspects of writing a screenplay or novel is how easy it is to become disoriented and lose your way, as you ask yourself repeatedly, “What am I trying to say?” There are some guideposts that can help you along the way.
It’s All About Love
“What all human beings want is love,” Margaret notes. “Every screenplay, every story is about love. Every story is a love story between two human beings who are experiencing a profound connection. That’s what we’re here for – to make those connections.  So, when you write a love story in your film, your readers are going to engage with that — they have a vested interest to see that work out.”
So, where do writers go wrong with their screenplays, the majority of which don’t get beyond a cursory review before being rejected?
“Most of the people go wrong for a lot of different reasons – they try to write what you think you want to read.  You can say your character cares about other people, but I want you to prove it – show me what your characters do. Don’t tell me a character is angry; show me they are angry. I can decide based on what they do. Movies aren’t about dialogue – it’s what the characters do on the screen.”
She adds,  “Tell me something really interesting; something I haven’t seen before. Tell me something I care about. I want to be loved; I want to love. Show conflict.”
South offers 12 basic lessons for writing screenplays free on her website, www.theartofstory.com. From her web page, you can download her story checklist, her structure worksheet or read her blog. I captured a snapshot of some of South’s tried-and-true pointers below.
Characters
1. Have only one protagonist.
“Do yourself a favor and don’t write an ensemble piece because when you write a screenplay, you want it to get your screenplay made into a movie and the people who get movies made are movie stars, and they want to be in every scene. They don’t want to share the stage with everybody else.”
2. Make your character care about other people (it’s not about being likable).
“If your main character can demonstrate that they care about somebody else, then your reader is going to care about your character.”
3.  Make your protagonist flawed.
“Your character is going to make mistakes because your character is a human being. We like that about people. We like watching them go wrong. I they make a mistake, they keep trying. They never give up.”
4. Make your character capable of change.
“You need a character who is capable of change – capable of learning, changing and growing because that is the human condition….Characters move forward in time and they learn things. When you write a screenplay you are really studying the human condition: what makes us do the things we do?”
5. Write an equally powerful antagonist.
“That’s where you get your balance, so that your viewers never going to know who is going to win.  You hope the protagonist is going to win. That’s what we’re always looking for in a screenplay – the dynamic – the balance is very even.
6.  Put your protagonist through hell.
“You’ve got to throw rocks at your protagonist; you’ve got to make it really, really difficult. Why? Life is really difficult. By facing obstacles, overcoming obstacles, facing more obstacles, and overcoming more obstacles, your character will grow, live and change.”
Story Structure — Boiling Everything Down to its Essence
South notes that as screenplay writers, we have 110 pages to set a character in motion and have them go on this journey that profoundly changes their life.  She then broke down the classic three-act structure (South has the second act divided into A and B):
Concluding her session, South urged us not to get discouraged or lose heart during the creative storytelling process.
“For me, that’s what writing is: it’s a process of discovery,” observes South, who admits she’s seen it played out time and again in the classroom and in her career working with professional writers, directors and actors. “It’s just part of what we do — we share who we are through the art of telling the story.”