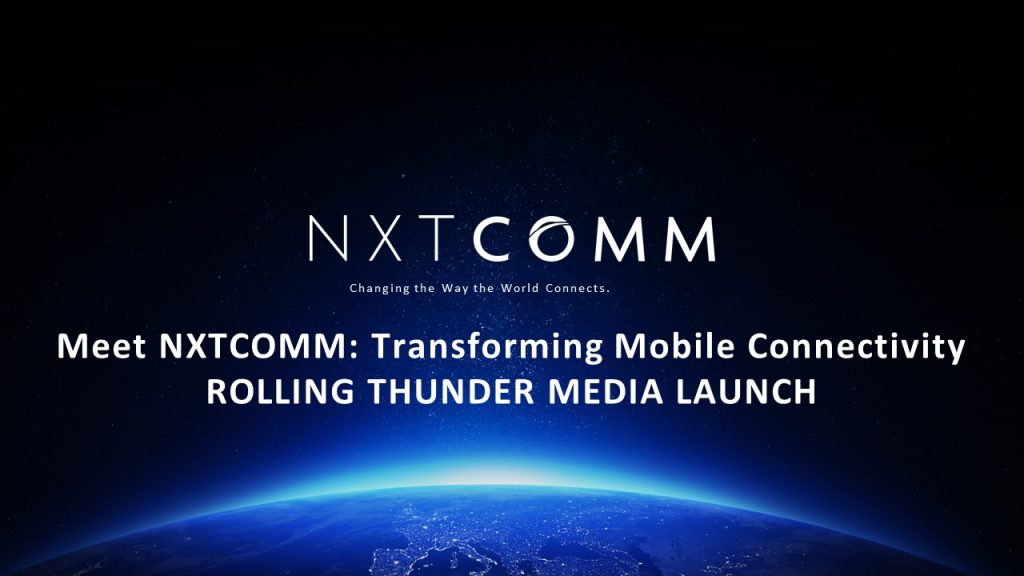 NXT Communications (NXTCOMM) is on a mission to bring proven, affordable connectivity technology and services to broadband mobility markets.

But, how best to reach satellite and aviation decision makers and ultimately future partners and investors when the world was consumed by a global pandemic that had stalled air travel? Adding to that challenge was the fact that the satellite industry and aviation market was understandably skeptical of any antenna firm claiming it has solved the last-mile ground segment challenge.

We timed the NXTCOMM “Rolling Thunder” launch campaign in mid-June, when the market was ready for post-Covid growth and innovation stories. Our media strategy included both traditional news releases and thought-leadership blogs shared on the company’s LinkedIn and Twitter channels that clearly articulated what made NXTCOMM’s antenna unique and game changing.

Before the main media push, we published a thought leadership blog article by a broadcast satellite pioneer and company adviser who introduced NXTCOMM to the market.

Then we conducted a pre-launch analyst briefing with a leading satellite analyst firm that resulted in NXTCOMM being featured as an emerging antenna player in the firm’s  Flat Panel Satellite Antennas 5th Edition Report.

Then — in quick succession — we issued four strategic news releases over PR Newswire that effectively put NXTCOMM on the map as an innovator to watch. 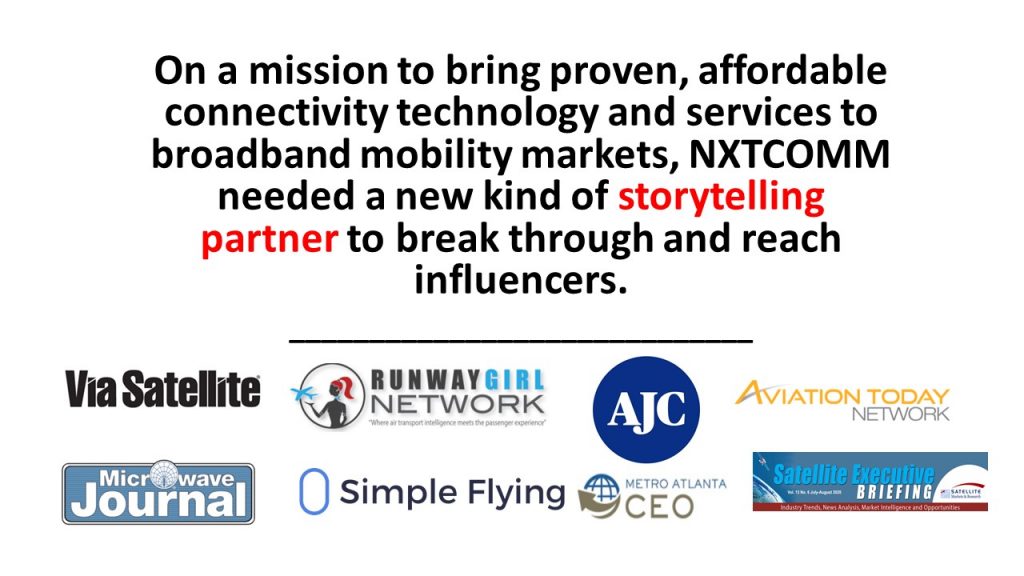 Our launch efforts resulted in a massive jump in brand awareness of NXTCOMM as an innovator that will help enable global broadband on the move.

We secured pick up in nearly 500 news outlets, 15,000 views and hits, 5,045 multimedia downloads and 1,165 engagements, including interviews in major aviation and satellite publications, such as  Runway Girl Network. 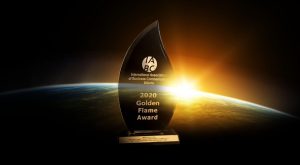 “The PR launch effort was phenomenal in helping NXTCOMM tell the market that we have a new antenna and vision for connectivity that will unlock the promise of global broadband. Now we’ve got everybody wanting to talk to us now across the mobility sector.”  — David Horton, CEO, NXTCOMM 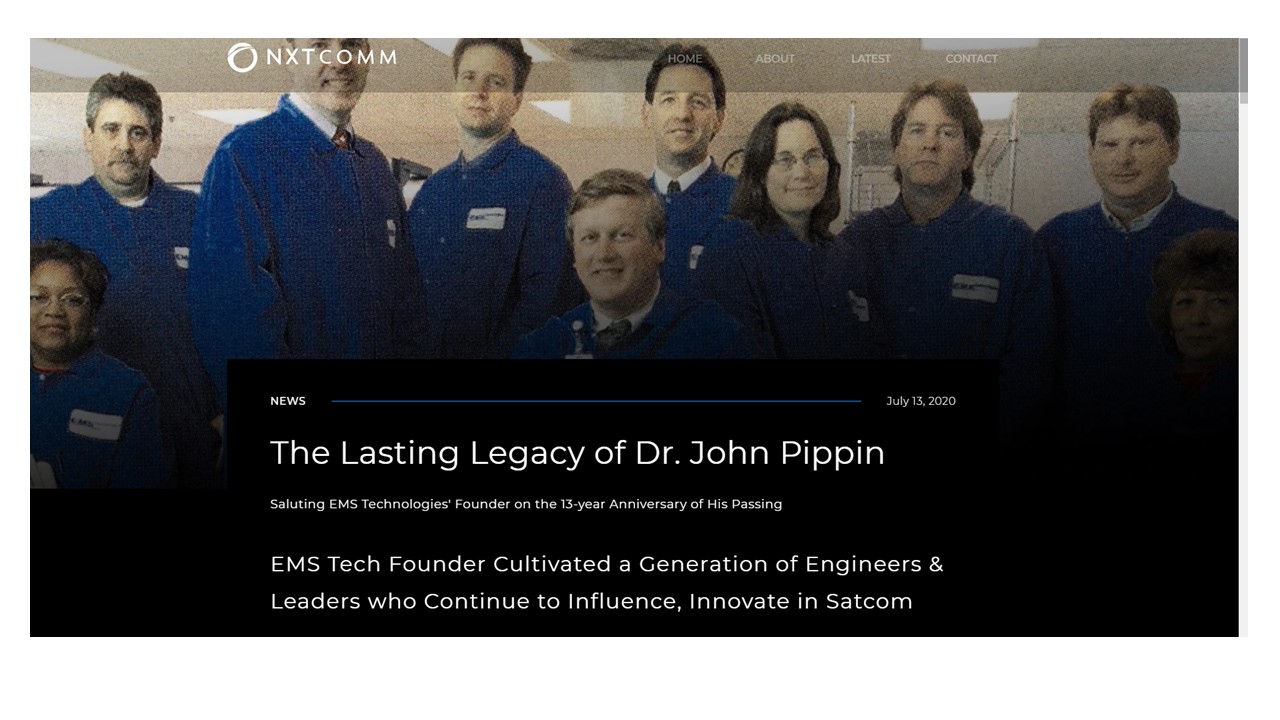 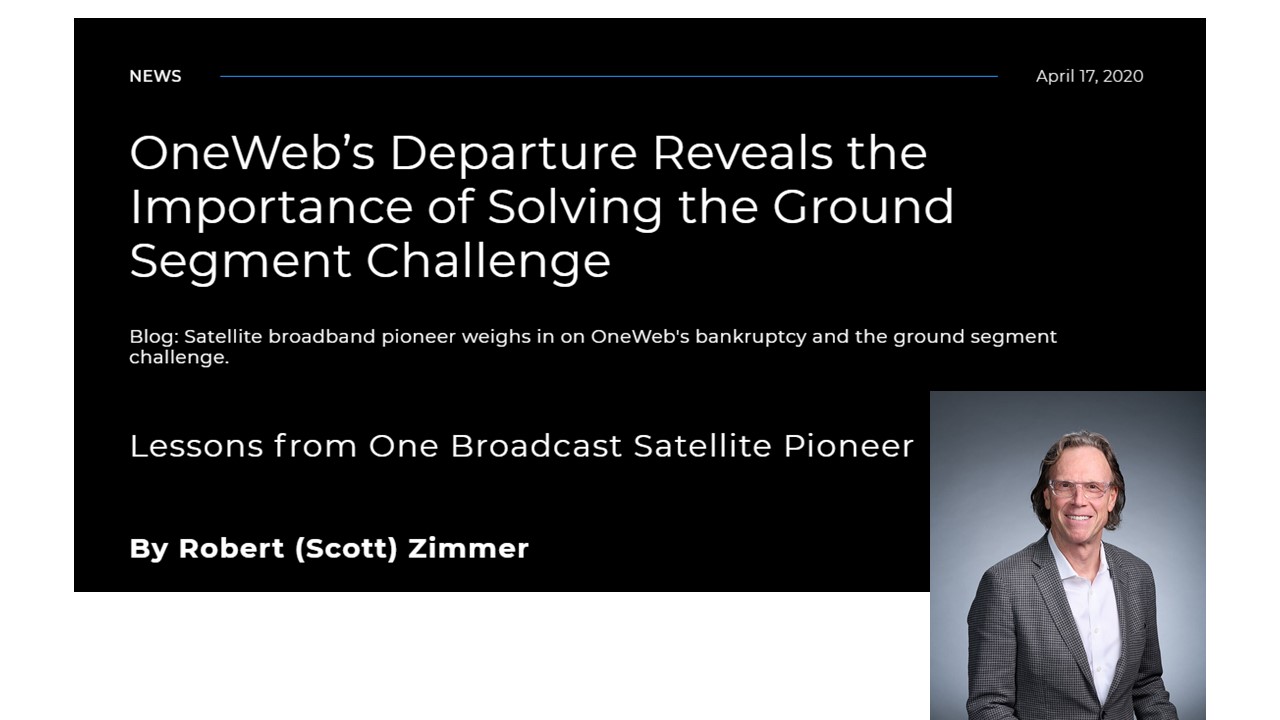 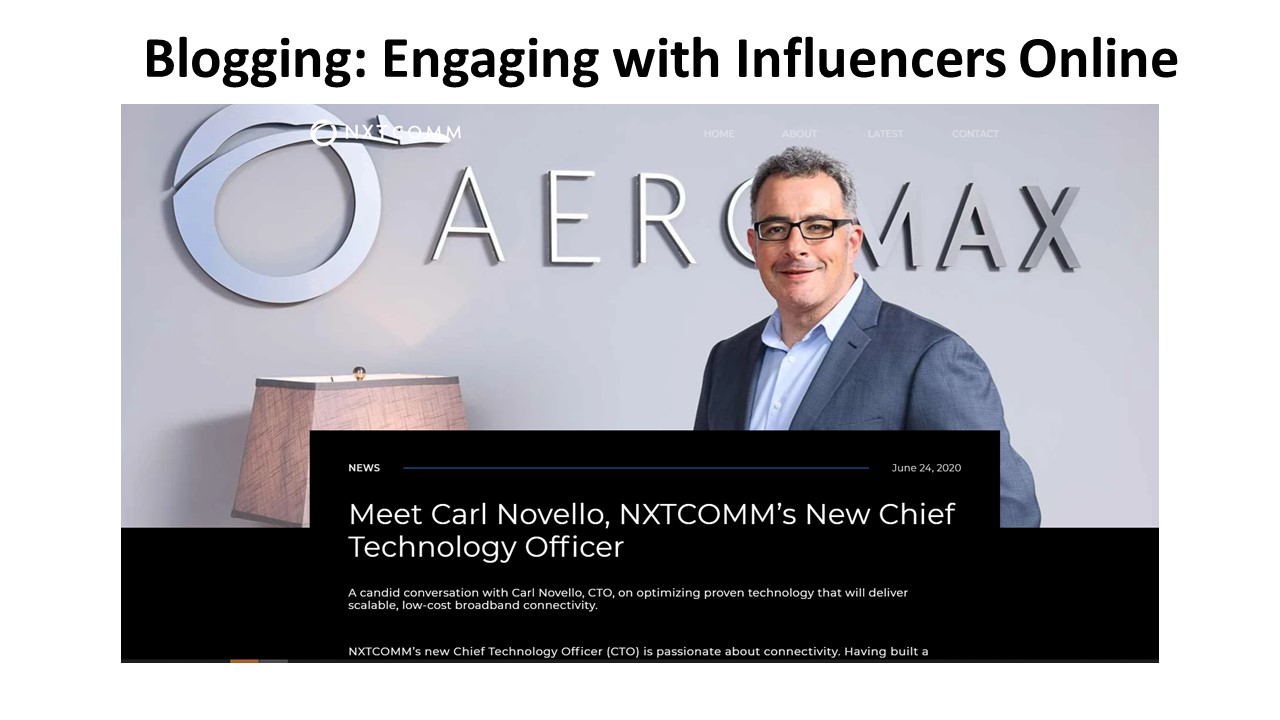 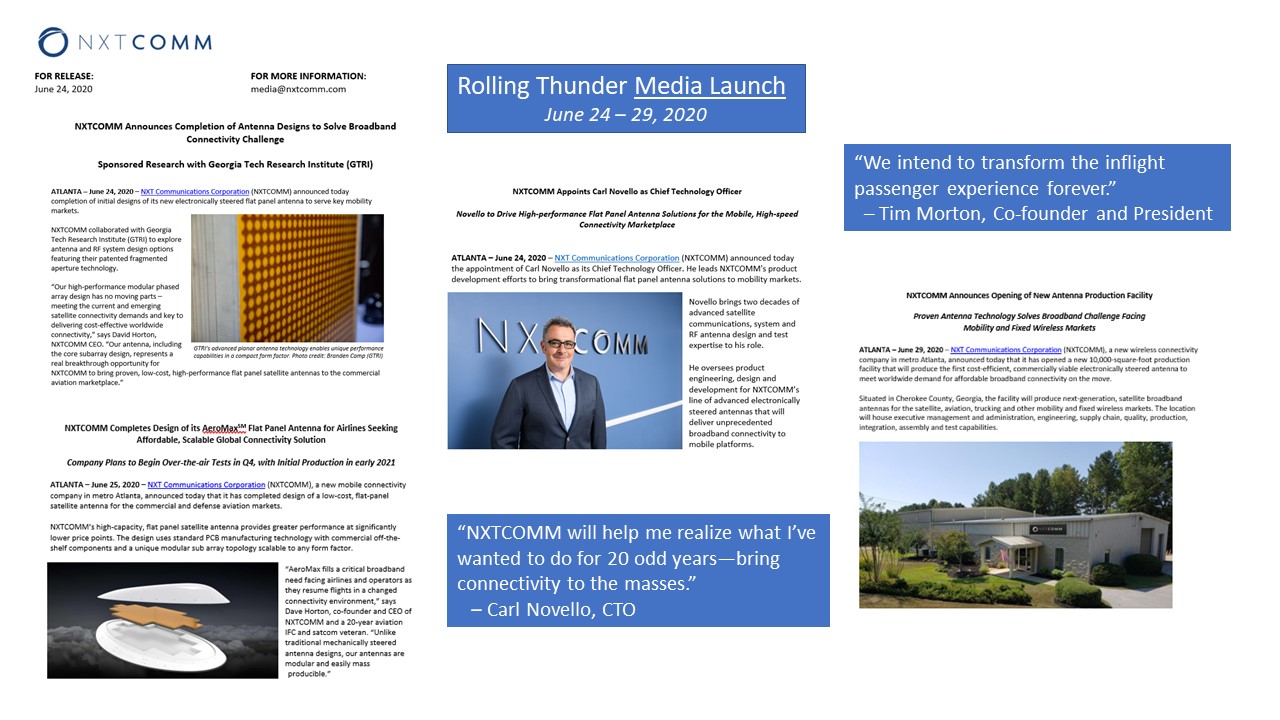