Getting into Your Character’s Psyche: Key to Crafting Imperfect, Unforgettable Characters

Why? Imperfect characters give stories a realism and emotional depth that invites us in and makes us care about the characters because we can see some of ourselves or someone we know in the person’s struggles. Capturing characters realistically differentiates an average book from an unforgettable one.

Nothing will dull the reading public faster than stories about two-dimensional, cookie-cutter characters. We hunger for fully-fleshed out figures whose inner turmoil and back story drive their view of the world and how they respond to the external pressures and situations the story plot throws at them.

In his blog post, “Five Writing Tips from Reading J.K. Rowling’s Harry Potter,” San Francisco-based author Nathan Bransford observes that the beloved characters created by J.K. Rowling are far from perfect, as evident by Harry’s self-pitying behavior in Harry Potter and the Order of the Phoenix, book five in the Harry Potter series.

“He is not perfect. He’s growing up. He’s going through a really dark time. And the fact that he’s feeling sorry for himself before moving on and embracing what he has to do is part of what makes the second half of the series so powerful,” Bransford writes.

In my own book research – a turn-of-the-century historical fiction novel set at the time of the Great Flood in Dayton, Ohio, I am grappling with how to realistically portray both my fictional characters and the larger-than-life figures who lived during that time and played prominent roles in the epic flood and its aftermath.

Earlier this week while interviewing the grandson of Arthur Morgan, the innovative “human” engineer who conceived of  Dayton’s lasting flood control system, which included creating the Miami Valley Conservancy District, I feel an incredible obligation to accurately portray the human side of Morgan. That job is just as critical when tackling another prominent Dayton figure, John H. Patterson, founder of the National Cash Register Company, whose heroic efforts to rescue the city are well documented as well as his ruthlessness as a titan of business.

So, how do you create characters – especially fictional ones – who are so convincingly real that readers think they know them?

In short, you get into their psyche — long before you start writing your novel. It’s probably similar for actors, who must immerse themselves in a character to convey the character’s life realistically on screen.

Screenplay writer and author Kris Cramer, in her post, “Creating Multi-layered Characters,” recommends that novelists ask many questions when developing their book’s characters. 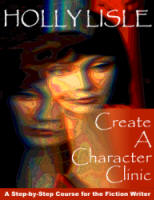 An excellent tool is Holly Lisle’s “Create a Character Clinic: A Step-by-step Course to Create Deeper, Better Fictional People.” Through exercises, you define your character’s compelling needs, his or her reaction to those needs and key motivations that drive behavior and relationships.

“Some people think this type of character study is overkill. I don’t agree,” writes Cramer. “Working through these questions and seriously contemplating the answers has helped me get to know my characters much more deeply. When you know your characters so well, you never have doubts about how they would act or react in a situation. Everything they do and say flows from the core of who they are, consciously and subconsciously.”

I agree with her points and am leveraging this course to flesh out my characters for my novel. The creative output up front will result in a better book. I don’t have to only rely on my story’s gritty and true subject matter (a catastrophic flood). I also will have the appeal of realistically portrayed characters.

The goal always when writing true-to-life fiction is to capture a character’s strengths as well as his demons, fears and aspirations. Fully defining my characters now will also ensure that they remain true to themselves in thought and deed – and compelling enough that people will want to know what they’re thinking and especially, what they’ll do next.