Prev
4
Road trip to Remember
10 July 2011
Next
1
In the SEO Game, Key Words and Strong Content are King
01 August 2011
July 28, 2011 by icreateatl in Author & Literary Trivia
I saw Harry Potter and the Deathly Hollows Part II a week after its record-setting opening weekend, and I thoroughly enjoyed it. The opening scene begins with Harry, Ron, and Hermione continuing their quest to find and destroy the Dark Lord’s three remaining Horcruxes, the magical items responsible for his immortality. The movie’s satisfying conclusion has the beloved main characters, now married with children of their own, sending off their offspring to Hogwarts School of Witchcraft and Wizardry.
It was the most anticipated film of 2011, according to a Fandango moviegoer survey, and smashed box office records, earning $168 million in North America alone. By far the best of all the Harry Potter films, Deathly Hollows II is getting early Oscar buzz and deservedly so. 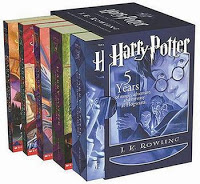 But, for this muggle, the legacy won’t be the films so much as the inventive storytelling and rich color that was brought to life on the page by J.K. Rowling in her fantasy seven-book series.

I’m not alone in that view. I recently chatted with Lawson Cox, president of the Atlanta chapter of the International Association of Business Communicators, who weathered the long lines to attend a midnight showing of the movie with his two teenage daughters.

For him, the mania brought back memories of the original Star Wars movie that exploded onto the scene in 1977 followed by a series of hit sequels.

“When The Empire Strikes Back was released, people camped out for tickets and waited in line for hours to see the movies. But I never saw anything like that surrounding a book release until Harry Potter — especially the last book in the series,” recalls Cox, whose family attended a local Barnes and Noble book release party back in 2007.

“It was an even more enthusiastic crowd than the final movie. There were literally hundreds of people, mostly teens and younger, willing to wait in line for hours and fork over their own money…for a book! In today’s multimedia-focused culture, that is simply unheard of,” Cox enthuses, adding, “Harry Potter introduced a whole new generation to the excitement of reading, and proved that books are certainly not dead.”

When I think of the lasting legacy of the Harry Potter books, I don’t have to look any further than my children, who are avid fans of the book series (we are reading them together, one by one).
Here’s what one young person had to say about the book series’ impact: “To me, Harry Potter is a defining piece of culture for my generation’s childhood and teenage years. Many of us who read these books as kids and then went on to read them ourselves. Some of our first real novels were the Harry Potter books. Just like ourselves, the stories matured and grew with their audience,” writes Alex Corbett, a Canadian 12th grader on a Canadian online newspaper site, This Week. 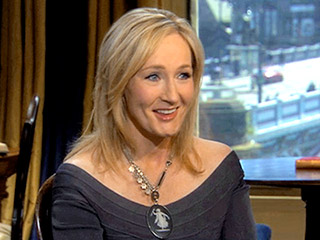 Rowling has done what another British-born author, C.S. Lewis, did with The Chronicles of Narnia — capture the imaginations of a generation of readers, young and old. Last October, the best-selling author told Oprah that she was open to writing subsequent Potter novels, though she quickly followed up by saying, “I feel I’m done, but you never know.”

Personally, I don’t think she could do any better, except perhaps to write a prequel that more fully shapes the stories of the boy wizard’s parents and their colorful contemporaries, including the complicated character, Severus Snape, played brilliantly by English actor Alan Rickman. Such a treatment would also give fans the chance to delve into the influences that drove the young Tom Riddle into becoming the villainous Dark Lord.
I, for one, hope there’s more to come.