A Children’s Book Worth a Read 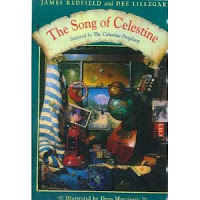 Ever read a book aloud to a child where you were immediately mesmerized by its lyrical quality? That doesn’t happen too often in my experience. But it does whenever I pull out  The Song of Celestine — James Redfield and Dee Lillegard’s children’s book inspired by their 1993 bestelling book, The Celestine Prophesy.

The story provides simple lessons in spirituality told in a colorful, lyrical way. The main character — a boy “who finds a path but loses his way” — experiences a spiritual awakening and learns the value of what’s really important, especially, to never forget to dream, share and rejoice in life’s gifts.

This work reads like a poem with vivid imagery, but also has characteristics of an adventure story — with a struggle (inner one), discovery and a climactic conclusion. At its core, the story shows and doesn’t just tell, which are the building blocks for great writing.

Here are a few of my favorite passages:

A restless boy named Celestine
felt unloved, unheard, unseen.
While wandering in the woods one day,
he found a path — but lost his way.

Above the door, upon the rock —
above the door,which had no lock —
slowly appeared from first to last,
letters spelling to the past.

* * * * * *
Celestine witnessed war after war
and people struggling for more and more.
He saw that the past was important now.
But why? he wondered. Why and how?

Celestine sensed a note of grace
as he gazed upon the warrior’s face.
Then love began to conquer fear,
and he watched the warrior disappear.

* * * * * *
Celestine woke and leaped from bed;
the messages raced through his tousled head.
“Pay attention — now and to the past.
To flowers. To faces.” He was home at last.