5 Ways to Build a Blog Following 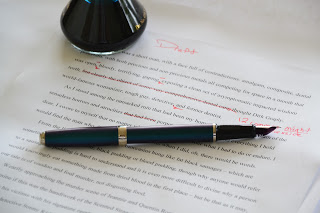 In today’s Ask the Experts post, Guy Bergstrom, the provocative blogger of Red Pen of Doom (the evil secret to all writing is editing), who has more than 6,000 Twitter followers, offers these five insights on how to build a blog following.
1) Know your audience
The first rule of rhetoric is, “Know your audience.”
There are more than 50 million blogs on this planet, with more born every second. Before you think about design and layout, WordPress widgets and flaming graphics, sit down and think about your audience.
Who are you trying to reach, and why reach them in the first place? There’s no point in starting another blog about writing, movies, literature. That’s too generic, and those fields have been plowed long ago.
Get specific. If you’re into zombie movies, don’t call your blog “Dave’s House of Popcorn” and make it seem like a place to talk about rom-coms and the latest Transformer sequel. Narrow it down to zombie movies and target that audience specifically.
To really stand out, you’ll probably have to get even more specific, because there’s already a ton of blogs about zombies. Maybe you’re a huge fan of zombie flicks from overseas with subtitles. That’s different and interesting, and you could own that niche. GO WITH IT.
2) There’s no “I” in blog
At least two-thirds the blogs on this planet are personal diaries masquerading as blogs. This is seven separate kinds of wrong. Hear me now and believe me later in the week: You are not that interesting.
The worldwide audience of “people who really, really want to know all about you, your creative process and what you’re doing to get over writer’s block” is seriously limited.
Go back to the first rule of rhetoric. Is there an audience? Is there such a huge demand for information about you that reporters lurk in the bushes every morning, hoping to ask you questions as you stumble out the door in your bathrobe to pick up the morning paper? That’s a rhetorical question, but I’ll answer it anyway: no.
Even if the answer is yes, and you’re a massive Hollywood celebrity / pro football quarterback / U.S. Senator who’s won the Pulitzer prize for literature, diaries pretending to be blogs are an achy breaky bad mistakey, because they expose you as a narcissist.
A blog has to be about something other than you. An issue, a topic, a cause. Something interesting.  Mark Sanchez of the New Jersey B team (the Jets) does a good job of this whenever he’s being interviewed by a pack of reporters.

The natural instinct for anybody is to talk about themselves. There’s a team rule that before you say one flipping word about yourself, you say something nice about other players or the coaching staff. So instead of “Oh, I was happy not to get sacked today,” Sanchez says things like, “The offensive line was brilliant today and all that hard work they put in with the offensive line coaches paid off today.”

That’s nice, and smart. And it’s more interesting than somebody talking about themselves.
3) Have realistic goals
Most people without a background in journalism or publicity see blogs the wrong way. They treat it as mass media — or as a platform to sell widgets, especially books. Blogs are not mass media. That’s a high-volume, low-margin business.Don’t think that once enough traffic comes through, you can quit your day job. That’s not the point of a blog. Here’s an example: You probably think 400,000 monthly page hits is a big flipping deal. The Seattle blog publicola got 400,000 monthly page views during election season. They had 10,000 Facebook fans and Twitter followers, and the writers were professional journalists. But they closed their doors and are trying to combine with another blog because the ad revenues weren’t there.
Also, a blog is no substitute for the mass media (radio and TV, newspapers and magazines). If you truly want to reach a mass audience to sell books or other widgets, hire the best possible publicists and marketers. The competition has them on board. Believing that you can beat them by starting a blog, something that you do part-time, is utterly delusional. My friends across the pond would say “completely daft.”
A blog is a way to connect with people, to share your passion or expertise. If you are an expert, it might be a way to find clients. That’s a low-volume, high-margin model, and it can work.
4) Be faithful
If you want readers to show up every day, you need to post every day. Too many people freak out about this. “My gosh, I don’t have time for that.” But they have time to update their Facebook status six times a day, and tweet 16 things. Treat blog posts less as term papers and more as Facebook updates and long tweets.
It’s more important to be consistent than long. Long is typically bad anyway. Nobody wants to read a 3,000-word blog post — not unless you’re saying something insanely unique.
5) Say something different
Before you write a post, fire up the google and punch in the topic you’re about to cover. Not to take notes and steal from the best advice and material out there. Do it so you’re not reinventing a wheel that’s been polished and perfected 6.93 gazillion times  already.Do it to make sure you’re saying something NEW and DIFFERENT. There’s no reason for people to follow your blog if they can get the same material all over the Series of Tubes.Break new ground. Do your own research or experiments. Take conventional wisdom by the skull and bash it against the sharp rocks of Truthiness. Because that’s the best way to attract a loyal following: give your audience something they can’t get anywhere else. 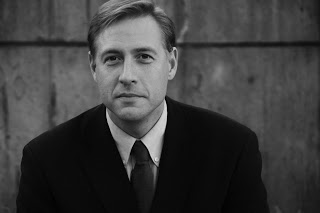 Guy Bergstrom was an award-winning reporter and editor before moving to speechwriting and public relations. He served as a contributing writer to The New York Times’ about.com as their expert on public relations and is a contributing editor to Criminal Element and The Big Thrill. You can find him on Twitter (@speechwriterguy) or visit his blog at www.redpenofdoom.com.