Susan Crawford’s The Other Widow Confronts Dark Side of Love, Marriage, Infidelity

Prev
0
Experiencing SpaceX ‘s First Launch of 2016 Live with NASA Social
12 April 2016
Next
0
A Question of Self-Defense: Woman Turns a Would-be Attack into a Successful Psychological Thriller
16 May 2016
April 18, 2016 by icreateatl in Author Interviews 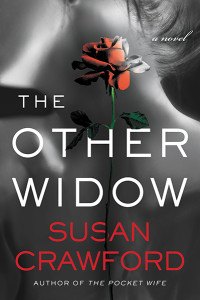 Atlanta suspense writer Susan Crawford has a knack for putting her readers inside the minds of her troubled characters. She also knows how to grab readers and keep them hanging in her genre of literary mystery/suspense. I found these observations true when reading Susan’s debut novel, The Pocket Wife, and just as true after devouring The Other Widow, where Susan explores the dark side of love, marriage, and infidelity.

The Other Widow opens with Joe telling Dorrie, a married co-worker with whom he is carrying on an affair, that “it is no longer safe” —moments before their car skids off an icy road in a blinding snowstorm and hits a tree. Desperate to keep her life intact—her job, her husband, and her precious daughter, Lily—Dorrie will do everything she can to protect herself, even if it means walking away from the wreckage.

The story unfolds in the aftermath of Joe’s death through the vantage point of Dorrie, “the other widow,” his wife Karen and Maggie, a troubled war-veteran and insurance investigator, who is dealing with her own demons after deployments to Iraq and Afghanistan. Of course a hallmark of this author is her lyrical prose that sweeps you into the minds and hearts of her characters, even as the tension in the story builds and takes you closer to a shocking conclusion.

Below, Susan discusses The Other Widow, including her writing process and how she tackles surprise endings, which her latest book certainly delivers. If you are a fan of thrillers that are both character-driven and incredibly well written, you won’t want to miss The Other Widow or Susan’s book launch next Tuesday at Eagle Eye Bookstore in Decatur, Georgia.

Q. The Other Widow is your second novel in the thriller /mystery genre. You have three strong female characters — and plenty of intrigue given the opening chapter and death of the cheating husband. How did you come up with the storyline?

Susan: I thought it would be interesting to write a story that deals with a shattering event and the results that follow – like a broken window with fractures running away from the break. The accident in the first chapter is the catalyst for the rest of the book, the incident that eventually brings to light things that had been traveling under the radar.

Q. What do you consider the best part of the writing process in this type of story — what element or aspect is the most challenging but also the most gratifying when you get it right?

Susan: What I enjoy writing most in this type of story is the characters and developing them in such a way that they almost have to do the things they do in the book. Edward, for example, has expensive tastes and likes to live big – he wouldn’t easily adapt to changing his lifestyle to accommodate a flagging economy and a failing company. Joe’s widow, Karen, has no illusions when it comes to either love or marriage. She’s invested over half her life in a relationship and will ignore the obvious when it comes to her husband’s infidelity. Samuel’s secretive nature and frequent absences become more suspect in light of the recent death of his wife’s lover. These three as well as all the other characters are likely to react in certain ways to obstacles thrown in their paths. I only have to plant the hurdles. They do what they will do.

Susan: I relate most to Dorrie. She wears many different hats. She is many things to many people – mother, wife, employee, actress, and friend. She empathizes with everyone, which makes her conflicted because she’s always pulled in different directions. She’s juggling all these aspects of her life, but because she’s ruled by her emotions, nothing is exactly secure. She was drawn to Joe because he saw her not in terms of what she was doing, but of who she was; he touched her on a deeper level. She . . . can almost catch the moments whistling by, quick, shimmering, like skirts on a dance floor, or wind blowing through a jacket in a field. Joe, with his voice like music. Kiss me, like the words to an old song or a curtain flapping in a breeze or sun on a tiled floor. Like a memory just out of reach.  I think Maggie has the most memorable voice because she is a veteran struggling with PTSD.

Q. Writing a thriller with a surprise ending (in this case a couple of twists at the very end) cannot be easy, no matter how creative you are. How do you piece together the ending in a way that keeps readers guessing?  What is your own process?  Do you find beta readers a helpful tool to check your story line and make sure that the plot is doing what you envision?

Susan: I try to keep possibilities open – to have characters who aren’t all good or all not good, so the reader will think, Hmm. Maybe it was him, or possibly her . . . It’s like doing a jigsaw puzzle, although I don’t like to wrap things up too neatly at the end, so there are usually a couple of pieces out of place. For me, first readers are very helpful. I love my critique groups. They give me honest feedback and suggestions. And of course my editor and my agent have brilliant ideas!

Q. If you were going to describe your writing style in a phrase, what words come to mind? With these two books under your belt, what kind of brand are you building in the literary world?  What authors do you most admire and why?

Susan: Maybe Shakespeare’s quote, Past Is Prologue. The brand – I would say Literary Mystery/Suspense. Favorite authors – Margaret Atwood because she always hooks me right away and pulls me into whatever she’s writing. I admire her versatility. I also love Susan Minot. I think she writes the most beautiful prose. And Kate Atkinson because she really knows how to craft suspense. Also Liane Moriarty, Ann Patchett, Wally Lamb. . .  I have lots of favorite authors!

Q. Your first book dealt with mental illness in that your main character suffered from bi-polar condition. This book the insurance investigator is an Iraqi War veteran with PTSD. What is it about psychological issues that you are drawn to write about in your stories? Why is that compelling for you as a storyteller?

Susan: It’s almost impossible to get through life without some kind of psychological issue unless you live in a box, which would create even more psychological issues, actually! I think many mental illnesses are the result of horrific experiences – normal reactions to abnormal situations that change the lens through which we see the world. Maggie, for example, has PTSD because she nearly died, because she was in a war zone, because she couldn’t help her friends. People are often judged for being different, for seeing things differently, so basically they’re stigmatized for having difficult lives.

Q. Place figures into The Other Widow in that it takes place in Boston during the dead of winter. What is your connection to Boston and what aspects of the city did you most enjoy bringing out into the setting of the story?

Susan: I lived in Boston many years ago. I enjoyed writing about the area around Beacon Hill because I lived there on Myrtle Street and I worked at Blue Cross/Blue Shield, entering 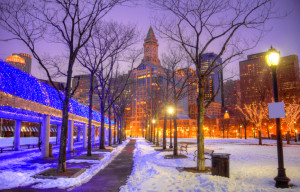 insurance claims from some of the areas mentioned in the book. The accident that sets the stage for the story happens on one of my favorite Boston streets, Newbury, and, as Dorrie stands in her living room, staring at her husband in the middle of the night and wondering who he is, I picture my old friend’s house in Jamaica Plain. A pivotal scene in the book takes place in the Park Street Station at the corner of the Boston Common, where I used to catch the train, and when Dorrie’s friend confesses to meeting Samuel for drinks, they are in the Copley, a hotel where I’ve stayed on occasion.

Q. What do you most want readers to leave with after reading The Other Widow?

Susan: Apart from a compelling, overwhelming urge to read more things I’ve written,J I’d like readers to leave The Other Widow feeling a little less judgmental, a little less inclined to label people. Everyone has a story that’s put them where they are.

Q. What’s next for you in terms of books? Do you have plans to feature Atlanta since that is where you live?

Susan: Yes. I’m currently writing a novel set in Georgia, partly in Atlanta and partly in the country. It begins with the investigation of killings outside midtown bars. An anonymous letter links these deaths to the murder of a man who dies in the driveway of his North Georgia Mountain home as his pregnant wife dresses for a neighbor’s surprise party. 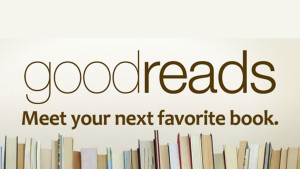 Buzz on Goodreads for The Other Widow 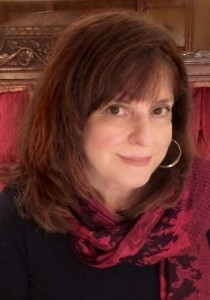 Susan grew up in Miami, Florida, where she spent her childhood reading mysteries in a hammock strung between two Banyan trees. She graduated from the University of Miami with a B.A. in English.

She later moved to New York City and then to Boston before settling in Atlanta to raise three amazing daughters and to teach in various adult education settings. A member of The Atlanta Writers Club and The Village Writers, Susan lives in Atlanta with her husband and a trio of rescue cats, where she enjoys reading books, writing books, rainy days, and spending time with the people she loves.