Prev
0
Writing to Heal: Carolyn Graham’s Journey
29 August 2013
Next
0
Linda Marsa: Bringing the Reality of a Warming Planet to Life on the Page
03 September 2013
August 30, 2013 by icreateatl in Author Interviews

Last night I joined hundreds of fans of Sherrilyn Kenyon for the launch party of Styxx, the 23rd novel in her Dark-Hunter series. Sherrilyn was in great form in the packed ballroom of the 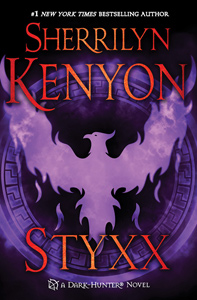 Westin Peachtree Plaza on the eve of Dragon*Con.

I fell in love with her Dark-Hunter stories four years ago when I first heard her speak at Dragon*Con — and I’ve been hooked ever since, finishing all of the books in the New York Times’ bestselling series.

With her latest installment, we have the highly anticipated story of Acheron’s brother, Styxx. It should be read in conjunction with Acheron, published in 2008, the story of the Dark-Hunter leader. Lucy Dosch, blogger at Heroes and Heartbreakers, explains the back story of these twin brothers in her post, “Bad Romance: The History of Styxx and Acheron.”

To quickly summarize: Acheron came into being 11,000  ago in the Atlantean pantheon. His mother is the Atlantean Goddess of Destruction Apollymi.  The legend goes that the birth of her son heralded destruction of the Atlantean Pantheon and would bring about the death of all their gods. So the gods ordered Apollymi to kill her unborn son. To save him, she transfers her son into the womb of the Queen Aara, Queen of Didymos, and “twins” him to the son of the King and Queen. In this way tying the two boys’ life forces so they would not destroy him upon his birth.

“The two were born identical to each other, except for one inescapable difference—where Styxx’s eyes are blue, Acheron has the silver swirling eyes of a God, and it was from the moment they opened their eyes that their lives of turmoil began,” writes Dosch.

Kenyon knows how to world build and put readers into the passionate struggles of her characters better than any author I know. Consider this tantalizing premise for her Dark Hunter characters – immortal and chiseled protectors of humanity who may not get involved with humans. All these physically imposing characters nurse secrets and tragic pasts, who find redemption, usually when they meet their human soul mates.

The Dark-Hunter books are in the process of being adapted into a TV series to air on cable, but Sherilyn was mum on details, joking that television production is a lot like working in government intelligence, where you are constantly evading — never telling the public anything. A co-producer and writer, she’s currently adapting the novels for the screen — not an easily task for a writer who likes to take her time on the page (Styxx is 338 pages in length while Acheron came in at a whopping 737 pages).

“I’m Southern!” she quipped. “Ninety pages- that’s it? Keeping it short is my biggest challenge.”

Writer’s block is not a big issue for Sherrilyn. “I usually walk away from it and within a few minutes I’m back in the chair and it’s resolved somehow,” she said.

There is no typical day to her writing routine, though she told me during a panel two years ago that the noisier it is in h 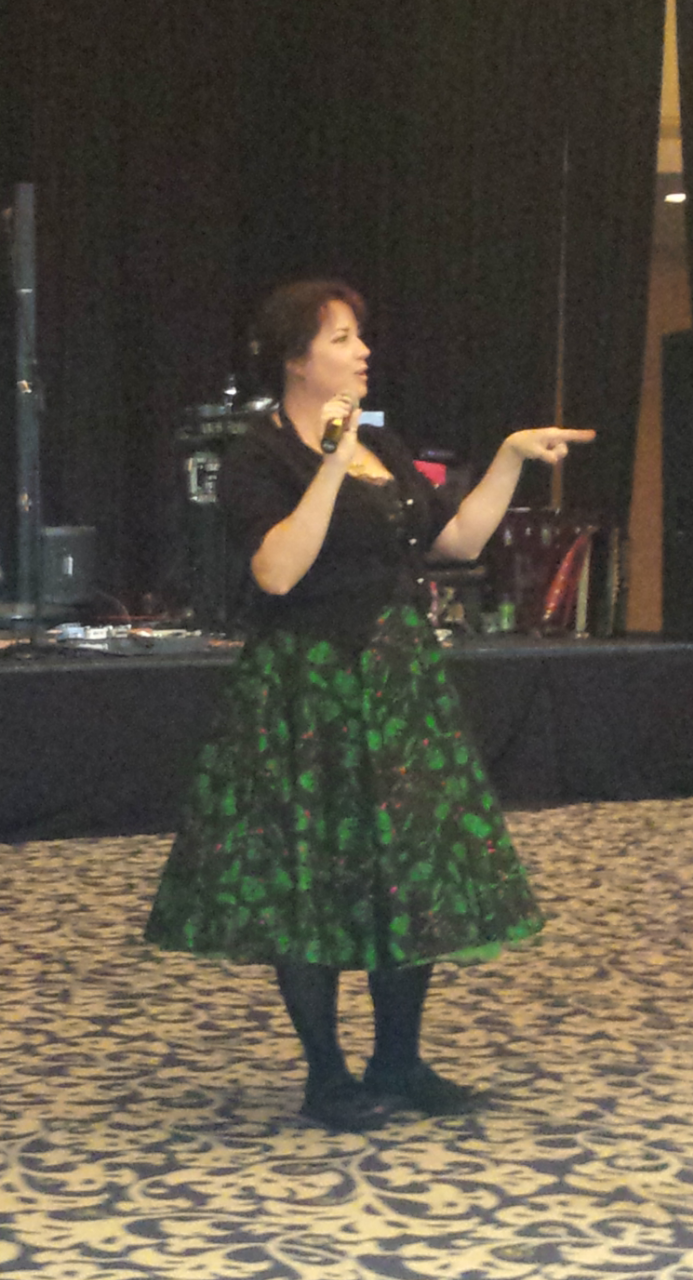 er house, the easier it is to write. One thing is clear: she doesn’t sleep much.

“I have a weird sleep pattern,” she said, confessing that in her younger years, she would stay up for three or four days at a time and now that she’s older and a mother, she averages three or four hours of shut eye a night.

“Twenty hours a day I’m doing something writing related,” she said, joking that her nocturnal habit cramps her kids’ style, noting, “It messes with the kids because they can’t sneak out of the house at night.”

Her oldest son, now in college, is working on his first novel. Her advice to new writers is to “never give up” and to trust their instincts — not letting others tell them how to tell their stories.

“Listen to your characters; they won’t steer you wrong.”

Great advice that I’m taking to heart. Is it any wonder Kenyon’s fans are so loyal?