Prev
0
Connecting with God through Prayer: One Author’s Journey
16 August 2015
Next
0
True Calling’s Siobhan Davis Talks about her YA SciFi Series
14 September 2015
September 9, 2015 by icreateatl in Author & Literary Trivia 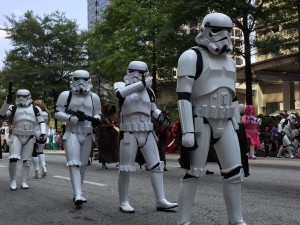 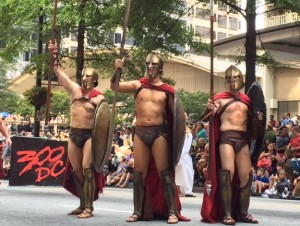 I attended my fourth Dragon*Con this past weekend after a two-year hiatus and it didn’t disappoint. The event – dubbed “the wildest geek convention on the planet” by TripAdvisor – drew 65,000 fantasy and scifi fans to downtown Atlanta.

In honor of the annual Labor Day weekend spectacle, The Writing Well is sharing a few pearls of wisdom from some of the literary set of speakers who I heard present on author and writing panels (see last section of post).

Before going there, I want to pay homage to some of the entertainment panels I attended this year. As a fan of classic Trek, Star Wars and Lord of the Rings, I was thrilled to attend the tribute to Leonard Nimoy and iconic British actor 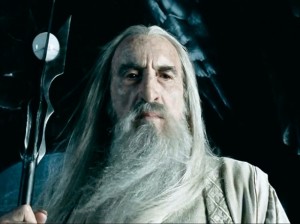 Lee, who passed away in February and in June of this year, respectively. A few interesting notes about Lee I learned: he spoke seven languages, made a heavy metal album and was the only Lord of the Rings cast member who actually met J.R.R. Tolkien (and read the books every year). 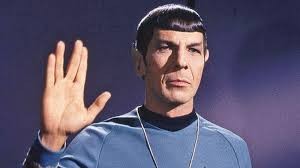 As for Nimoy, I could devote an entire blog to my favorite scifi actor. He was much more than the token alien cast opposite Captain Kirk on Trek; he was an accomplished director, photographer and poet with seven books under his name. He touched all of those outcasts in the world who were nerdy before nerdy was cool.

He also had a record album produced named appropriately, Highly Illogical. He was well liked and respected by his cast members – he was accepting of certain cast members who were not well liked.

He hated being typecast as Spock in the early years but grew to appreciate the character and what Spock symbolized well beyond the series– a half-human and half-Vulcan who struggled to balance his warring halves and to belong. His final tweet to followers before his death on Feb. 27 reflected his wisdom and humanity: “A life is like a garden. Perfect moments can be had, but not preserved, except in memory.” He signed the tweet off with “LLAP,” a nod to his famous Spock moniker, “live long and prosper.” 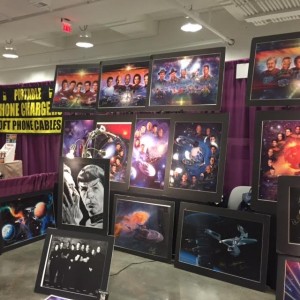 I also attended Melinda Snodgrass’s highly entertaining session on her early work as a screenwriter for “Star Trek: The Next Generation.” A good friend to author George R.R. Martin, Melinda got her break when she penned “A Measure of a Man” on spec.

Many fans consider it one of the greatest episodes featuring the android character, Data, as well as one of the best of Star Trek – the inspiration for the episode was the famous Dred Scott case. Data goes on trial and Captain Picard must prove he is legally a sentient being with rights and freedoms under Federation law when transfer orders demand Data’s reassignment for study and disassembly.

“Trek had never shot an episode like this that was very dialogue-heavy – it was a court room drama. When they finished shooting, it was 13 minutes too long so they cut 13 minutes out of it,” recalled Snodgrass. She was snuck a copy of the director’s cut with the full footage. She kept it until CBS Television decided to do a Blu-ray version of the series and requested her copy back.

One of the scenes in the extended version was between Picard and his first officer, Wil Riker, played by Jonathan Frakes where the two men were fencing. While Patrick Stewart was an accomplished fencer, Frakes wasn’t given time to learn technique for the scene and had to settle for doing the voiceover as an acting double fought Picard.

“I like the scene because I always thought Riker was overlooked and not given proper stature. He often ended up seeming weak,” Snodgrass said, pointing out how the character turned down the chance to command his own ship, preferring to remain on the Enterprise. “I wanted to see some rivalry. Jonathan nailed it – he said, ‘I’m going to beat you. I’m going to win.’ I like what they did in that moment. There was some power there.” 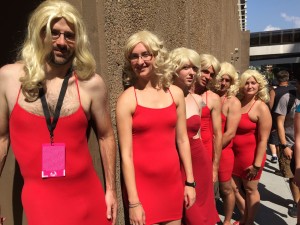 The long queue line was worth it to attend the celebrity panel of “Battlestar Galactica,” the 2004 to 2009 remake of the 70s hit by Ronald D. Moore. Who doesn’t love Cylons – including 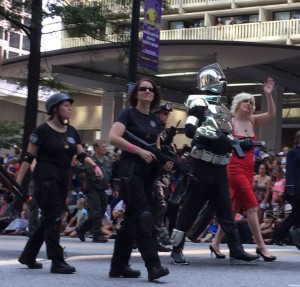 the six impersonators of “Six” in the audience and Commander Adama (played by the incomparable Edward James Olmos)?

A few of my favorite costumes: 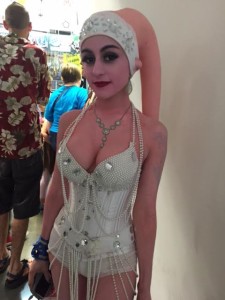 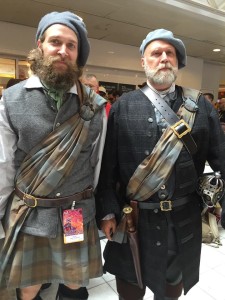 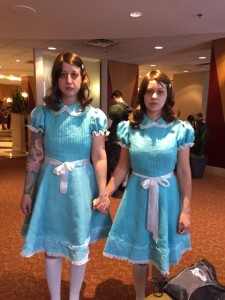 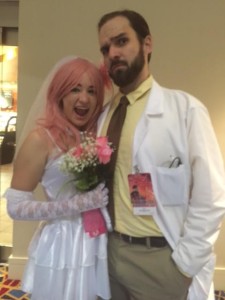 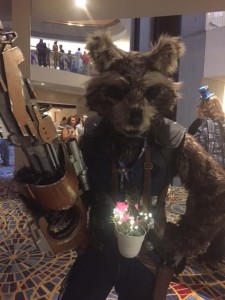 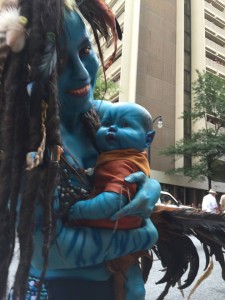 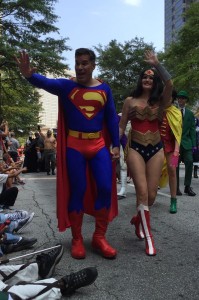 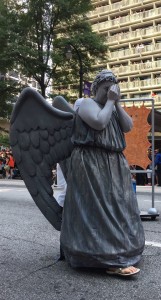 #1 “I think my English literature degree set me back two years – telling a story is not the kind of thing you learn in an English class.” — Jim Butcher, author of The Dresden Files

#2 “If I over-outline it takes away the impetus for me to write.” – Laurell K. Hamilton, author of The Anita Blake Series

#3 “The characters I have the most fun with are the ones whose views I never share.” – Peter F. Hamilton, Dragon*Con Literary Guest of Honor

#4 “When you’re done with your novel, put the whole book on a page, then a paragraph and then a tagline; you should be able to talk about your book in 30 seconds.” – Carole Barrowman, co-author of children’s book series, Hollow Earth, with brother, John Barrowman

#5 “I love drawing on real people. Writers are eavesdroppers and peeping toms (without looking through blinds). A lot of my characters are often amalgamations of real people. I knew a Quaker and I made him a pornographer who does snuff films. He loved it!” — Jonathan Maberry

#6 “[When using beta readers] one of the things I found helpful is to have them assign ABCD to passages – A is for awesome, B is for bored, C is for confused and D is for don’t care.” – A.J. Huntley

#“7 “How do you write realistic dialogue? How do you make it ‘real?’ Think of what the world would say – eavesdropping on people talking. One trick: they don’t talk in compete sentences – words drop.” – Lane Skye, independent filmmaker

#8 “Story begins with a character who wants something – you boil it down to what they want most and what’s the worst thing that can happen to them? And it does.” – Lou Anders

#9 “Books are organic. I allow for organic growth – which often calls for changes in storytelling.”
– Jonathan Maberry

#10 “Characters come to life when I know their voice – I know how they will respond to certain situations.” – Naomi Novik