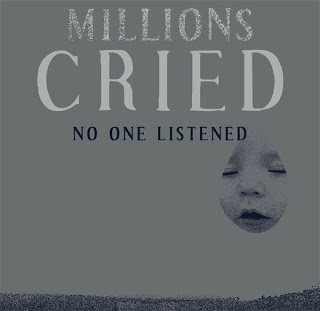 Sixty-eight years ago this month Joseph Stalin began the expulsion and murder of East German people in what has now become known as the Ethnic German Genocide. In fact, five times as many Germans died in the first year after the end of World War II as died during five years of the war itself.
Independent filmmaker and St. Louis native Ann Morrison has traveled extensively over the last four years interviewing more than 200 survivors of this forgotten genocide for her documentary film series, “Millions Cried…No One Listened.”
Ann is now petitioning PBS to get her series shown in U.S. households so that citizens can learn about this little-known chapter in post-WWII history.
Q. I know that the genesis of your film series came from an idea for a Service Learning Project you had while taking a college English composition class. What is it about this story that touched you and made you want to tell these stories?
Ann:The pain in the people’s voices when they told their stories was the main reason. Following that was the unknown and wanting to learn more. Loving history doesn’t mean just the parts you want to know. History has many sides and this was like the white elephant in the middle of the room. Once I started, I never wanted to stop.
Q. What has been most eye-opening about this journey for you?
Ann: The fight to open people’s eyes to what happened. The word, German, leaves a sour taste in most people’s mouth yet they don’t know what I’m talking about. I almost have to force people to really hear what I’m saying. After almost four years of talking, people still say I’m talking about the Holocaust — they’re just not listening. Another eye-opening, aha moment is that so many people remain unaware of how many genocides have taken place. I always say that the word, “genocide,” is like the word, “football.” People hear it, but never stop to listen because they hear it so much. That’s sad.
Q. What do you hope to accomplish with your film?
Ann: I want to make this part of every school’s syllabus. Human rights, Genocide, the way people treat each other — all need to be taught much more thoroughly if we as a society want horrific eliminations of whole peoples to stop.
Q. Is there one story in the series that really sticks with you?
Ann: Karl, a man who talked to me for the first movie, told a story about losing his whole family by the time he was 9 years old, but what really stuck with me was the story about his neighbors. That upset him, but no where near as much as the story about the five brothers. They lived down the street from him and they lost their parents as well. These boys were 2 to 8 years old. One by one the youngest to the oldest boy died. As each boy died the other brothers would build a coffin for the boy to be buried in. by the time the last of the brothers died, the oldest, Karl, said through a shocked voice with tears falling from his eyes, “No one was left to build a box for the last boy; he died alone.” That was heard to hear.
Q.  What has been the most challenging aspect of working on such a historically significant documentary?
Ann: Finding the facts.  This is a hard subject to make a documentary about because no one wants to hear it. The professors swear it didn’t happen because it was not learned in the college courses. The older people swear it didn’t happen because they lived through that time in history. How could it have happened if they never read about it in the newspaper or hear it on the news? Then there are people who don’t want to give an ear to anyone of German heritage because they assume they did something negative during the war.
For me, that also means not making mistakes, ever. I have to make sure what I put in the films can be backed up ten fold. That makes it very hard to create something that you know will be torn apart from the moment someone reads the title.
Q. What advice or lessons learned can you offer to people interested in documentary filmmaking?
Ann: You must love it to do it right. Research, research, and more research. Documentaries are fact.
Q. How important is social media to building an audience and support for your film project?
Ann: It’s very important. We are taught from a very young age what to think and not what to think from what we hear on the radio and watch on TV. Introducing something no one has heard about before makes one uncomfortable. In order to get past that you have to talk, write and email; you have to tweet, post on Facebook and pray that someone will be open enough to hear what you’re talking about and add it to the media. I’m proving slowly that it can be done with a lot of patience.
Q. What’s next for you?
Ann: The Silesian region (now part of Poland) was the largest group who suffered from this atrocity. That is why I’m traveling to Europe this week to continue interviewing and researching. I will continue speaking on this subject and marketing the film series.
Visit Ann’s website to learn more about her documentary work, and to sign the PBS petition.