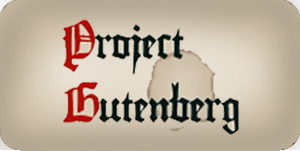 The world’s love affair with eBooks is undisputed. According to a recent Pew Research Center study, a quarter of all Americans aged 16 or older have read an eBook in the last year. Juniper Research forecasts that annual revenues from eBooks delivered to portable devices will grow to $9.7 billion by 2016.

But, it was a tinkerer and Eagle Scout — the son of two Indiana college professors — who is credited with starting the eBook revolution. On Independence Day 1971, Michael Stern Hart decided to type the text of the Declaration of Independence into a computer at the University of Illinois at Urbana-Champaign, and to transmit it to other users on the computer network.

From this beginning, making literature accessible to the world was Hart’s life’s work. He would have been 66 today, but his legacy as a champion for online books and literacy continues. Hart founded Project Gutenberg, an initiative born of a belief that important documents and classic books should be shared with everyone

At the time of his death in September 2011, Project Gutenberg hosted eBooks in 60 different languages. Currently, the site offers more than 42,000 copyright-free e-books for free download, with a library that includes The Adventures of Sherlock Holmes, Peter Pan, and A Tale of Two Cities. Proofed by volunteers, these titles are downloadable to eReaders or PCs.

Here a few of the noteworthy books made available to the public since Project Gutenberg was initiated:

In July 2011, Hart observed, “eBooks are the very first thing that we’re all able to have as much as we want other than air. Think about that for a moment and you realize we are in the right job.”

He had this advice for those seeking to make literature available to all people, especially children:  “Learning is its own reward. Nothing I can say is better than that.”

It’s only appropriate that March has been christened “Read an eBook Month.”

Happy birthday, Michael Stern Hart. Writers and readers the world over are in your debt.