Why This Writer Thanks Stephenie Meyer 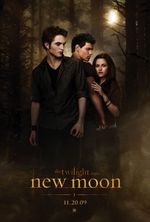 As a self-professed Twilight Mom, I joined the throngs of screaming teenage girls who converged on my neighborhood multiplex last night for the long-awaited second film in the Twilight Saga, New Moon.

My five buddies and I weren’t the only over-30 faces in the crowd – there were plenty of excited mothers with their girlfriends and daughters. My friend, Amy, 34, a communications manager, described the excitement of the moment on her Facebook Wall as she typed in her iPhone, “Watching Twilight New Moon with three hundred of my closest screaming teenage girlfriends! Fun!” My other friend Cindy, a life coach, returning from the concession stand with a tub of popcorn, overhearing one teen talking about how she was here with five of her best friends, confessed, “Well, I’m here with five of my 40-year-old friends.” 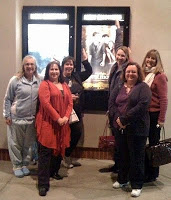 The undercurrent of excitement and excited chatter continued through the previews, until the film’s opening scene (appropriately a yellow moon) was greeted with screams from the teenage Twi-hards. My friends and I just smiled…it’s all part of the Twilight phenomenon – and it took us back to earlier, more carefree times.

So, what is it about this vampire-human love story that has transfixed a fan base of young and mature audiences? Twilight and New Moon screenplay writer Melissa Rosenberg told LA Times Hero Complex blog contributor Gina McIntyre that what’s so great about the story is Stephenie “really explores complex emotions. You could boil it down to girl loses boy, finds boy, but she doesn’t do the easy, black-and-white moves that a lot of young romances do. It’s very complex — [what happens when] you develop feelings for a friend, romantic love versus platonic love. These are very sophisticated emotions that are very real but also very hard to translate into a film where everything is usually very simplistic and easy to follow. How do you keep that sophistication and complexity? Because that’s the book, that’s what makes it interesting.”

A writer’s gift is transporting readers to another place where they can feel the emotions of the characters. That’s what Meyer – and by extension Rosenberg – accomplished in print and on screen.

It’s no secret that Meyer, an English graduate from Brigham Young University, loosely inspired each of her books from classic literature. Booksellers from Paris and Prague to Palm Springs are seeing record highs in sales of these classics:

I’m grateful to Stephenie Meyers for more than entertaining us and inspiring a renewed appreciation for the classics: I’m grateful that this stay-at-home mother was brave enough to take a vivid dream she had one June night in 2003 about two star-crossed lovers — an “ordinary girl” and a beautiful, soulful vampire — and commit it to paper.