The Odds Are In Your Favor with the Final Hunger Games 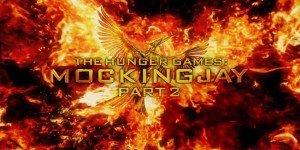 Today, The Writing Well features a movie review of the final Hunger Games’ movie, Mockingjay – Part 2, which opened over the weekend with an estimated $101 million in North America and $146 million internationally.  The post, written by Chicago-based blogger and movie buff Spencer Blohm, is a must-read for anyone who is a fan of Suzanne Collins’ blockbuster books and the film adaptations.  I last wrote about this film after a Dragon*Con YA panel that explored whether the first film delivered the goods given the huge popularity of the books.

me he is a lifelong movie lover and wishes it were possible to time travel back to the golden era of Hollywood cinema and meet Judy Garland — though Jennifer Lawrence would be “pretty cool, too.” Take it away, Spencer!

For the past three years, no dystopian film franchise has garnered more audience and critical praise than The Hunger Games series. It blends all the aspects of action, science fiction, political commentary and romance that young audiences crave while giving viewers a grim reminder of what a corrupt society can do to the world. Although the end of this film series is bittersweet, Katniss Everdeen’s saga goes out with a bang in Mockingjay – Part 2.

The eponymous first book, written by Suzanne Collins, has flown off shelves since its debut in 2008, and the sequels, Catching Fire and Mockingjay, were both instant bestsellers. The trilogy revolves around teenage Katniss Everdeen (Jennifer Lawrence) and the Districts of Panem, which are under the tight rule of the vindictive President Snow (Donald Sutherland), and the vicious Hunger Games, which sacrifice innocent children supposedly in the name of unity. While the first two films put Katniss in the arena to fight for her and her sort-of love interest Peeta’s (Josh Hutcherson) lives, the final two installments focus on the downfall of the corrupt society and the ways Katniss must change and fight for a better world. Before you see the newest film, you can catch up on the three previous installments on cable TV and Hulu.

The films in the franchise have become progressively more intense with each installment, much like the books. As Katniss grows from an unlucky adolescent to a true revolutionary, she’s burdened with her own morality and grittier ethical decisions. Mockingjay – Part 2 doesn’t hold back from the heartbreaking events of the final novel, edging it away from teen flick to a political and thought-provoking action/adventure film. Although still a teenager in the final installment, Katniss has grown into a powerful symbol of courage and sacrifice — all while remaining flawed and inarguably human. 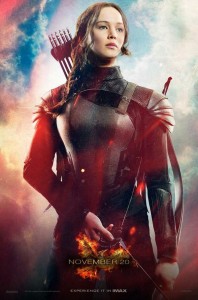 Despite Lawrence’s acting capabilities, it is apparent she’s worn Katniss for just about as long as she can. Lawrence has simply outgrown the role, which shows onscreen. She has evolved into an Oscar-winning actress since the first Hunger Games film, and the young adult novel series just isn’t her platform anymore. But just because the role is a bit stale doesn’t mean the movie is a dud. In fact, it’s an explosive send-off to a beloved film series. The emotional climax is performed perfectly, and fan favorite roles (including Elizabeth Banks‘ flamboyant Effie Trinket and Woody Harrelson‘s sardonic Haymitch Abernathy) get their chance to shine before the series ends. This film also showcases the talent of several generations of actresses. Julianne Moore stuns as the icy Alma Coin and Game of Thrones‘ Gwendoline Christie appears as one of the only new characters to come into the last film.

The influence of the Hunger Games films have reached far past theater screens, and they inhabit a vital place in YA and dystopian film history. The series did not necessarily need to be drawn out for four movies instead of three (a common Hollywood device), and the leading lady can definitely benefit from hanging up her bow and arrows, but luckily, this last film is sure to leave a lasting impact on fans and newcomers alike.