Prev
0
A Conversation with Carolyn Poling Schriber, Author of Beyond All Price
22 March 2012
Next
3
The Blogathon Begins
01 May 2012
April 15, 2012 by icreateatl in Author Interviews
“Your brother was loved by his fellow Marines, and he loved them. The biggest fear any of us had over there wasn’t being killed —it was screwing up and doing something that would let our companions down. You’re always thinking: ‘I don’t want to do something that is less than honorable.’ That’s my definition of a warrior, which is exactly what your brother was.”
—Fox Company survivor Jim Wainwright, Jeff Smith’s platoon commander, Chapter 28, Our Brother’s Keeper 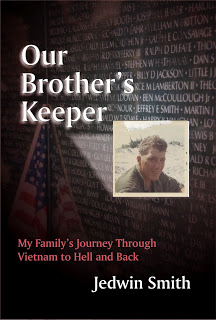 I was honored to attend Jedwin Smith’s book launch party for Our Brother’s Keeper last night at Peerless Bookstore. There wasn’t an empty seat as Vietnam Vets, family and friends and Atlanta’s literary community came out to show their support for this exceptional writer.
I met Jedwin, a former Atlanta Journal Constitution journalist and Marine, earlier this year as a student in his writer’s group. Jedwin’s abilities as a storyteller are well known; his war-time reporting in Beirut made him a finalist for the Pulitzer Prize, and his book Fatal Treasure, detailing the true-life search for lost treasure on board a Spanish ship sunk off the Florida coast 350 years ago, is being made into a movie by VIRGIN.
Our Brother’s Keeper, originally released in 2005, tells the very personal story of an Irish-Catholic family torn apart by war. It details the loss of Jedwin’s younger brother, Jeff, the family’s “peacemaker,” during the Vietnam War. A member of Foxtrot Company, 2nd Battalion, 4thMarines, Jeff and his Company were ambushed by VC in the village of Mai Xa Thi, on March 7, 1968.
Since its release, Our Brother’s Keeper has been widely used by the VA and by the Wounded Warrior Project®, serving  to heal many veterans and bring closure to families still reeling from the sacrifice of dads and brothers, husbands and sons —  “heroic men who gave their tomorrows so we may enjoy our todays.”
In his quest to learn what happened to his brother, Jedwin reconnected with his siblings, located the eight survivors of his brother’s company, and took an unforgettable trip to Vietnam. Much more than a war story, Our Brother’s Keeper is a tale of redemption and forgiveness… of the complex ties between fathers, mothers and children…of letting go.
Q. What made you re-publish Our Brother’s Keeper this time around? 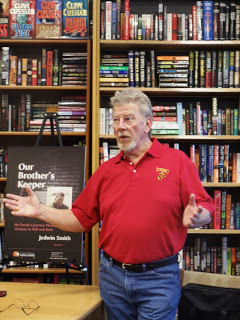 Jedwin: The original was a catharsis, a way of honoring my brother’s sacrifice while at the same time explaining how the death of one individual can shatter the family dynamic. What I was unable to wrap my mind around the first time was how important my father’s Marine Corps exploits in the South Pacific during World War II shaped the path my brothers and I would follow when we came of age to serve in the military.
Dad was still alive when the book was first published; yet only when he died did his life cycle and that of his sons become crystal clear. We lived to not only make our father proud of us (by being Marines, the toughest of the tough), but we also tried to exceed Dad’s exploits. Jeff died in the attempt; I almost died numerous times while attempting to complete that mission, and subsequently lapsed into alcoholism; and younger brother Joe managed to surpass all my father accomplished, yet gained no credit for doing so. In essence, we were damned if we did and damned if we didn’t which, when looking at war’s bottom line, is the story of combat participants.
Q: What can the public expect in this expanded edition?
Jedwin:  Sadly enough, children grow up with a stilted version of what it takes to not only step into the inferno of combat, but also how long it takes the soul to heal itself after doing so. In the original version of OBK, two of the most important chapters were drastically cut or eliminated altogether—both dealt with the mental anguish experienced by war’s survivors. In essence, these two chapters were the heart and soul of the book. In the original publication, these chapters were sliced and diced because, to quote the editor, “There was just too much war.” Sounds silly, doesn’t it—a book about war being trimmed because there was too much war.
Q. You experienced a lot of emotions writing this memoir. What did this book do for you and your family in its aftermath?
Jedwin: In truth, I wrote and cried, then wrote and cried some more. It was draining, emotionally and mentally. I’d lived through the hell once, and then had to live through it again in front of thousands of readers. It is a humbling process. If you hide something, you’re lying to yourself and the reader. No way can you keep your sanity by doing so. I was able to get sober only by being truthful with myself. Same is said for writing OBK. My brother’s death in Vietnam destroyed our family, yet bringing Jeff back to life in the book’s early chapters was a resurrection of not only my soul, but also that of my brothers and sisters. We went almost 30 years without speaking to each other; OBK gave us back our desire to communicate with each other, and maybe even love one another again. It’s still a work in progress.
Q. What are you most proud of about this story?
Jedwin:  From 7 March 1968 until the moment I started Chapter One of Our Brother’s Keeper, I lived with an insane rage to extract revenge for my brother’s death. But as soon as the first few pages of the book were compiled, my brother began to live again. Instead of focusing on death, I grabbed a hold of life. And by doing so, an insurmountable weight was lifted from my shoulders.
# # #
In this expanded Q and A, Jedwin shares the best writing advice he ever received, the most common mistake first-time authors make, and his need to pay it forward to the next generation.
Q. What the best advice you ever got about being a writer?
Jedwin: A long time ago, author Bill Diehl took me under his wing. I wanted to be a novelist in his mold. He told me to concentrate on my strength, which he said was non-fiction and become my own man. It’s not what I wanted to hear, but I took his advice (grudgingly) and became a success. He also was very blunt about what he considered to be the “secret” to becoming a successful writer. “Just sit down and write,” he said. Of course, I thought he was being a smart-ass. In time, after staring days at a blank computer scene, I finally grasped the wisdom of his words.
Q. What is the most common mistake writers make with their first book?
Jedwin: They rush their work; they don’t take time to self-edit. They want that manuscript done—and done NOW! There is no easy path to completing a book. It’s a labor of love, hate, joy, sorrow, frustration, rejection, etc. I believe you receive all that you put into your craft, your story. Half-assed effort leads to half-assed results. Hey, a little blood never hurt anyone. So slice open that vein and let it flow. My work day during OBK sometimes stretched into 18 hours; then I spent half as much time self-editing and rewriting and rewriting some more. One must be willing to pay the price for success. Writing is grueling work; painful at times, pure joy at others. But it’s also the hardest job I’ve ever tried to tackle. Living through the hell of Beirut was a whole lot simpler than writing Our Brother’s Keeper. I kid you not. 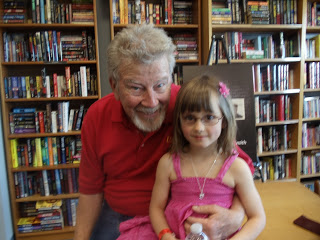 Q: Why the writing group? How often do you offer these sessions? What is the key element of them?
Jedwin: Writers are a weird bunch. We lay our fears and our loves, etc., on a platter for the world to pick through. We do so for little pay, long hours, and mostly little applause (unless it’s from our immediate family).  I’m a big believer in the writer’s community, which is why I’m a big fan of the Atlanta Writer’s Club. We do our best when in the company of other writers. As a body, we know how sharp is the spear of rejection, how painful is the ax wielded by critics. Yet, we can learn by the failures of others—and, admittedly, there isn’t a writer who hasn’t tasted failure.
I wanted to form a small circle of experienced writers, newcomers, dreamers, etc., and let us feast off each other. As a Marine, impossible was never a part of our vocabulary. We positively guaranteed you we could and would destroy the enemy overnight. It was drilled into us. Harshly. Painfully. I figured I might be able to accomplish the same results in a small, diverse writing community by passing on the skills I’ve learned, being honest about all the mistakes I’d made, and pump up the individual’s enthusiasm with a positive, complimentary approach to the craft. What is truly humbling and gratifying is that this approach has been successful over the past three years. Truth is, though, I learn every bit as much from my students as they do from me. And that’s the way a family should function.