Lucille Ball Would be a Century Old Today

Prev
1
In the SEO Game, Key Words and Strong Content are King
01 August 2011
Next
0
Author of Girl Trouble Discusses the Craft of Short-story Writing
15 August 2011
August 6, 2011 by icreateatl in Films & Pop Culture 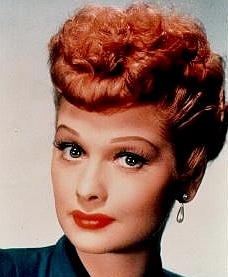 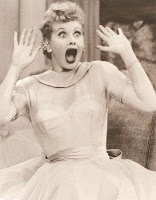 If Lucille Ball was alive today, she would be a century old. Born in Jamestown, New York, on August 6, 1911, Ball went on to become one of America’s most beloved comedic icons.

She was pivotal in creating the television series, I Love Lucy. The show co-starred her then-husband, Desi Arnaz and ended in 1957 after 180 episodes. But in the five decades since the show’s ending, it has continued to attract a new generation of fans through TV syndication and video sales globally.

As Entertainment Weekly’s Adam Markowitz says in his “Pop Watch” blog tribute today featuring some of her more famous I Love Lucy clips, “There isn’t much new to be said about Ball’s legacy: How she defined the modern sitcom, how she paved the way for every female comedy legend — from Mary Tyler Moore to Roseanne to Tina Fey — who came after her, how her show’s popularity has outlasted all its 1950s rivals (Gunsmoke, The Honeymooners) and is still a daytime TV staple around the world.”

USA Today reports that her hometown’s annual Lucy Fest this weekend will attempt to set a Guinness World Record for the most people dressed as the comedienne in honor of her 100th birthday.

“How I Love Lucy was born? We decided that instead of divorce lawyers profiting from our mistakes, we’d profit from them.”


“I will never do another TV series. It couldn’t top I Love Lucy, and I’d be foolish to try. In this business, you have to know when to get off.”

“I’m happy that I have brought laughter because I have been shown by many the value of it in so many lives, in so many ways.”
“I’m not funny. What I am is brave.”