From Screenplay Writer to Novelist: A Q&A with Jeffrey Stepakoff

Prev
3
Eight Writing Resources
24 May 2011
Next
2
Places that Inspire Your Inner Writer: Hampton Court and Gardens
27 May 2011
May 26, 2011 by icreateatl in Author Interviews 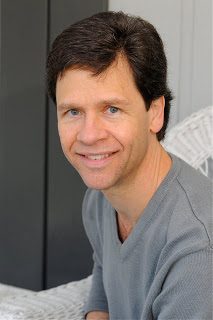 “The kind of work I am doing now (as a novelist) is just what I was doing in film and television, which is– compelling, cinematic, sweeping storytelling. “

I recently had a brief discussion with veteran Hollywood writer Jeffrey Stepakoff. He has written for 14 different series and served on seven primetime staffs, producing hundreds of hours of internationally-recognized television. His credits include the Emmy-winning “The Wonder Years,” “Sisters,” “C16:FBI,” “Sons & Daughters,” “Major Dad,” and “Dawson’s Creek,” where he was co-executive producer.


A few years ago, Stepakoff began pursuing his long-held dream of writing fiction. FIREWORKS OVER TOCCOA, first published by St. Martin’s Press in 2010, is his debut novel. This poignant tale of love and loss tells the story of a young, conflicted war bride in rural Georgia during World War II.

Stepakoff’s second novel, THE ORCHARD, a compelling love story between two unlikely figures — a driven career woman and an apple farmer and widower – set against the backdrop of Elijay, Georgia, will be released in North America in July, but is already receiving positive reviews from Publisher’s Weekly. 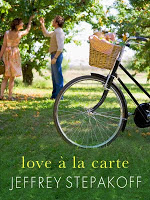 Stepakoff’s short story, love a la carte, featuring the same characters from The Orchard but in a different story treatment, is available now for free in digital format from Amazon Kindle. Here, Stepakoff shares insights on the writing craft, the differences and commonalities of writing for the screen or penning a novel, and what readers can expect from his new novel.

Q. You have gone from screenplay writer to novelist – are there similarities you find in those two types of writing?

Stepakoff: I find that fiction writing has as much to do with the kind of the story structure that I’ve spent most of my adult life working on in Hollywood. You sit down and structure the story in many of the same ways –

• Who is the character?

• What does the character want?

• What is the character afraid of?

• How do I peel the layers of the onion to really deal with the character?

• What’s the journey I set the character off on?

• What is the inciting incident? What is the moment (in a novel) where somebody reads the first few pages and says, “I have to see how this turns out.”?

Q. What are the differences then?

In fiction, you are all of those players: You are the writer, but you are also the actors, the director, the lighting designer and the set designer and so on. The cool thing in fiction is you get it just right – just as you envision it. The other thing is all you have at your disposal is language – prose to get that across.

Q: Isn’t it true that in screenplay writing you are showing a mood or a feeling rather than telling or describing?

Stepakoff: I believe very much in writing dramatically –the kind of work I am doing now (as a novelist) is just what I was doing in film and television, which is– compelling, cinematic, sweeping storytelling. I want to use language to convey that storytelling as much as possible. The cool thing about fiction is you also have language to convey emotion and sentiment exactly as you want. That’s where the craft comes in with fiction – how you use language. Do you use it sparingly? Do you use is poetically?

Q: What advice would you offer writers who want a career in film and television and fiction?

Stepakoff: Simultaneously master the craft and write always. What that means is always be working on your craft; always be thinking –

How do I use language to convey sentiment (in fiction)?

How will I use dialogue just right to get the story across (in film)?

Q. What is most key to the craft of writing?

Stepakoff: Inciting incident is key – the moment that really pulls the reader in. So is fleshing out the character. I think there are two reasons people want to be taken on a journey and invest in your film or television program or your (work of) fiction — empathy and fantasy. Can I relate to this character? Have I been through something similar? Do I feel the same emotions this character feels? Or do I think what the character is going through is cool? I’ve never been through this, but I could fantasize that this would be a neat place to go. I think those are the two things that you really want to hone in on.

Q. What are you most proud of in your writing career?

Stepakoff: I’ve worked in a lot of different (areas of writing) and I’m proud of all those things at different stages of my career. I love my fiction writing now. I love connecting with readers and really getting to know the people I’m writing for. It’s very exciting.

Q. You also are on faculty at Kennesaw State University.

Stepakoff: I have a tenure track professorship here at Kennesaw State in dramatic writing. I like teaching – I think it makes you better at doing (the craft of writing) and doing makes me better at teaching. It’s a symbiotic relationship. It forces you to articulate what you are doing and frankly allows you to get out of your space every once in a while.