Apple has usurped Google as the world’s most valuable brand, according a new study by global brands agency Millward Brown.

The success of Apple’s brand goes beyond growth prospects and financial numbers – and is more about creating a compelling customer experience – one that makes connecting online not only easy but fun!

Anyone who has tried out an iPad knows just how fun — and addictive — this gadget can be. My brother never leaves home without his. My kids are enthralled with the utility and fun applications that are a few finger touches away. It’s so easy that my elementary-school aged son can navigate from  a FaceTime connection with his uncle and cousins in Chicago, to watching a YouTube trailer of his favorite Harry Potter movie.

I agree with Christopher Meyer’s March 1st “Working Wider” blog post that one of the three cornerstones behind Apple’s transformation is its success in creating compelling customer experiences. Apple’s own 10K filing says it all. The company’s Business Strategy narrative states it is committed to “bringing the best user experience to its customers.”

Brands such as Coca-Cola, Nike, IBM and Google have successfully embraced this concept of creating a customer experience with their brands. 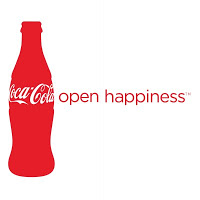 • Coca-Cola, as part of its “Happiness” campaign, videotaped what would happen if a Coca-Cola vending machine placed on a college campus could deliver “doses of happiness” – first, bottles of the beverage then anything from flowers and balloon animals to subs and pizza. The Happiness YouTube video went viral, attracting some 3.5 million hits globally to date, which has helped Coca-Cola connect more closely with its already loyal customer base.

• Nike’s “Just Do It” campaign of the 1980s made exercising hip and cool – even fun. It allowed Nike “to tap into the fitness craze of the 1980s,” with a tough, take-no-prisoners ad campaign, according to a mini-case study on the campaign published by management consulting firm, CFAR Center for Applied Research. “Nike became a self-fulfilling image prophecy: if you want to be hip, wear Nike; if you are hip, you are probably wearing Nike.”

• IBM’s brand campaign, “Let’s Build a Smarter Planet,” is ingenious in that it gets the company’s employees talking about how they’re contributing to a smarter planet whether it’s through smarter transportation systems, better designed cities or smarter communications infrastructure.

• Finally, here’s a storytelling gem from Google that’s in a class by itself — that instantly connects dads (and daughters) everywhere.

Of course, there are talented, creative storytellers driving these customer-centric brand campaigns. Look for the brands that most inspire you online – experience them – and apply their storytelling magic to elevate your or your client’s own brand story.