Advice on Writing a Family Memoir 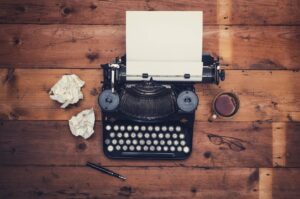 You only have to peek at bookstore displays of new titles to see how much memoir writing has grown in popularity in recent years. The desire to honor and chronicle one’s family legacy and create a “living history” is compelling and drives many to the craft of memoir — and certainly was a factor in my own family memoir, A Breath Away: Daughters Remember Mothers Lost to Smoking, which I wrote a year after losing my mother and aunt to lung cancer.

“Writers are the custodians of memory, and that’s what you must become if you want to leave some kind of record of your life and of the family you were born into,” writes author William Zinsser in his post, “How to Write a Memoir.”  In May, HarperCollins released the 30th-anniversary edition of Zinsser’s bestseller, On Writing Well, including a new chapter on memoir.

He says a memoir can take many forms — from a formal memoir to an informal family history or even an oral history that you extract by tape recorder from an ailing parent or grandparent.

Zinsser says it’s important that you make a series of “reducing decisions.” “For example, one big decision would be to write about only one branch of the family. Families are complex organisms, especially if you trace them back several generations. Decide to write about your mother’s side of the family or your father’s side, but not both.”

“I was lucky I had a family of storytellers – police officers and bartenders and such are natural storytellers. I was always a great listener. Those anecdotes I heard from when I was first a child stayed with me, and later on when I decided to do a book about my family, they came to life. Then I went about reporting them, finding out where family lore stopped and where fact began.”

Flesh out the Details 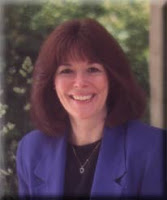 The details in your memoir are critical, advises Sharon DeBartolo Carmack, a certified geneologist and memoir writing instructor for WritingOnlineWorkshops.com, in her Writer’s Digest post, “Write a Memoir to Remember!”

“While writing your memoir, probe as deeply as you can to fill out a scene or an event. Use photographs, letters, diaries, interviews or background research to explain, reflect and fill out your narrative. In the details, you will begin to make sense of your life experiences,” Carmack states. “Some budding memoirists rush through a scene without stopping to smell the rain on the pavement. Granted, you don’t want to overwhelm your readers with details; you have to keep the story moving along. If the scene or event is crucial, slow down and describe it so that the reader can experience it with you.”

In McDonald’s case, he got his “hands dirty” – going to halls of record and pulling research off of shelves.  “Because my family were police officers, there was a lot of history of the police department – old records and first-person narratives that I pulled out,” he recalls.

In the end, he was able to tell not only the stories of the men in his family, but also the behind-the-scenes stories of his family’s women, who he considers “the real heroes” of the book because of the emotional toll they carried raising children while their husbands went about very dangerous work. His brother Frankie Jr. served in the Bronx during the 70s — a pe

“My sister-in-law used to say every time the 11 o’clock news would come on, she’d stay up and the lead story would be a cop shot or a shootout in the Bronx, and she’d have that same feeling in her stomach — that same dread that it was her husband. That way is a very hard way to live your life.”

McDonald considers the best part of the book project was the end result — a family record that can be shared with future generations. “Grandchildren and great grandchildren down the road are going to be able to pick this book off the shelf and say, ‘That was my great grandfather.’ ‘That was my uncle.’ ‘That was my cousin,'” he says.
Links to Read More 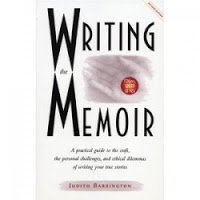 If you want to read more about writing memoirs, check out this Squidoo post, “The Best Books for Writing a Memoir,” which recommends works such as Judith Barrington’s Writing the Memoir: From Truth to Art and Fearless Confessions: A Writer’s Guide to Memoir by Sue William Silverman.